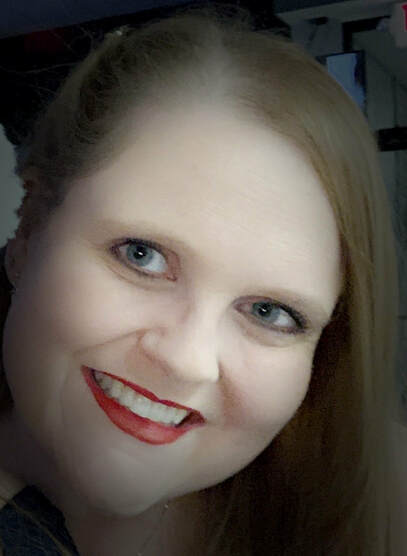 Founder and Executive Director/President -
​Sophia Grace Bosarge
Sophia graduated from Mary G. Montgomery High School in 1993 ranking 33rd in a class of 265. She is a wife, mother and grandmother. She works full time as an Office Manager at Round 2 Logistics in Stonewall, LA. She began making and donating burial garments in 2005 after saying goodbye to her own angels, Marianna and Robby, as well as two early miscarriages. Because she knows the pain of losing a child, SGAG is very important to her. She believes that every mother should be able to dress her baby in a beautiful gown, no matter how small that baby is. She is passionate about this because she never got to hold either of her angel babies. In 2016, she married her soul mate and together, they founded Southern Grace Angelic Gowns. In 2017, she finally got her rainbow baby, Hannah Grace! A rainbow baby is a child born after a loss. Sophia is involved in many community activities, including Cinderella’s Closet at Barksdale AFB, Special Olympics, DakotaStrong (raising awareness of child abuse), raising awareness of domestic violence and multiple stillbirth and child loss support groups. 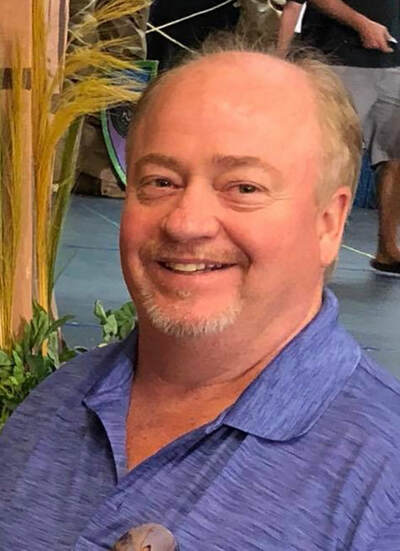 ​Co-Founder/Vice President - Bart Bosarge
Bart Bosarge is a husband, father and grandfather- his family is his life. Heavily involved with Southern Grace Angelic Gowns, he has found this endeavor to touch his heart and is devoted to helping bring as much peace and closure to every family in need anywhere in the world. Bart retired from the U.S. Air Force in 2007, after 20 years of active duty service. He is currently a DOD civilian and stationed at Barksdale AFB in Shreveport, Louisiana, as the Bowling Center Manager from September 2018 to present. He was previously at Keesler AFB in Biloxi, Mississippi as the Bowling Center Manager from 2008 to 2018. He has over 30 years experience in managing businesses. Bart graduated from Vancleave High School in 1985 and joined the Air Force in 1987.  He attended William Carey University from 2010-2016 pursuing Bachelor's degrees in both Business and Accounting. With just 2 semesters left, he will finish both degrees in the near future and looks forward to pursuing  Graduate Degrees. Bart is also actively involved in the community, with local schools hosting field trips for “Excellence In Reading Programs” as well as being a bowling mentor and coach for youth bowling leagues. For the past 10 years he has worked with the Mississippi Special Olympics hosting their Summer Games as well as assisting with the South Mississippi district as a Special Need/Adaptive Needs certified coach. 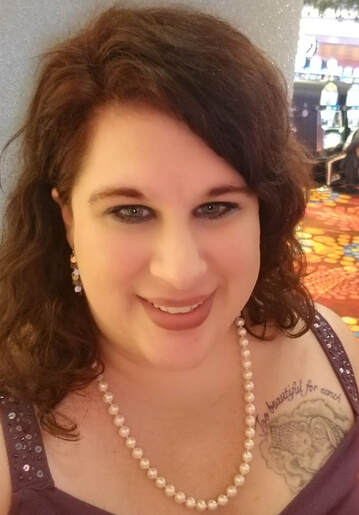 ​Vice President - Angela Westbrook
Angela was born and raised in Vicksburg, Mississippi, where she met her husband, Kevin (they were high school sweethearts).  In 2005, she graduated from high school and moved to Birmingham, Alabama, to attend college at the University of Alabama at Birmingham (GO BLAZERS!), beginning a 6 ½-year long-distance relationship while Kevin stayed in Vicksburg to work.  She graduated from UAB with an accounting degree then went straight into UAB’s MBA program, graduating in 2010.  She and Kevin were married in 2014 and happily call the Mississippi Gulf Coast home.  She now works for MGM Resorts (primarily at the Beau Rivage in Biloxi) as an Internal Auditor and enjoys singing in her church’s choir.   She met Sophia on Mother’s Day weekend in 2018 when she decided to donate her wedding dress to SGAG after receiving an angel gown for her own daughter, Lisa Grace, who was born sleeping on April 10, 2018.  Lisa was given a beautiful lavender gown and a matching crocheted hat and blanket. After learning that these special items were donated by SGAG and then meeting Sophia, she knew this was a special organization.  She attended her first SGAG workshop in October 2018 and has been involved since.   She is passionate about telling the world about her daughter, educating others about stillbirth, and sharing how special SGAG is to her and Kevin. 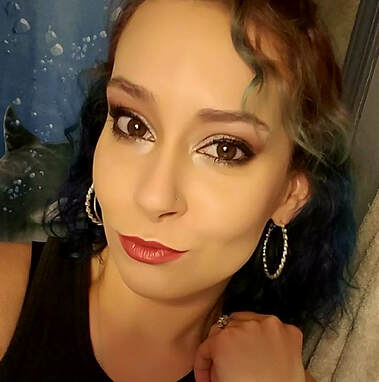 ​Secretary - Fawnia Packard
Fawnia Packard is a dedicated wife and mother.  She is currently a homemaker and will continue college courses when her youngest child enrolls in school.  She is a member of the Elks Lodge and involved in many community activities.  She is dedicated to SGAG because she knows the pain of losing a child.  She has two angel babies, one born at 20 weeks and the other at just 6 weeks gestation.  She believes that sharing hope, love and understanding as they wrap their little angel in these Angelic Gowns will help these families get through the most difficult time of their lives. 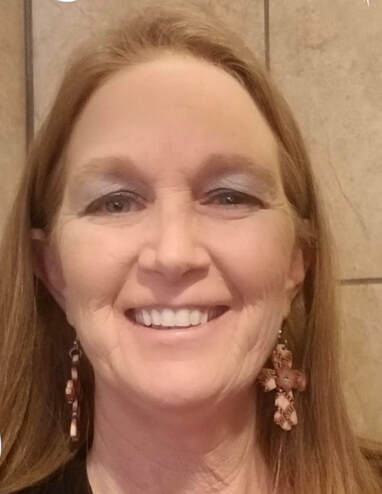 Alabama Director - Angela Kenmar Hurst
Angela is a devoted wife, Mom and Grandma.  She is the primary caregiver for her husband and father-in-law.  She is also the learning coach for her 3 teenage daughters that are enrolled in Alabama Virtual School doing their studies at home.  She is a volunteer in many areas at her church, The River, and she enjoys helping others.  She serves on the Board of DakotaStrong, raising awareness of child abuse, and organizes a Walk-a-thon every year in memory of Dakota Burke Everett, who was a victim of child abuse.  She is dedicated to SGAG because she knows the pain of losing a child.  While her loss was many years ago, the pain has never completely gone away.  She strongly believes that by creating these Angelic Gowns, it helps bring peace and comfort to the Angel Baby’s family.  Her 3 teen daughters and her young granddaughters are even involved in SGAG.  As the Alabama Director, she collects all gowns in the Alabama area and makes deliveries to Alabama hospitals.  In short, she handles everything in Alabama! 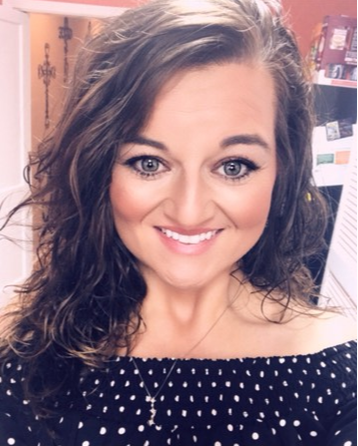 Bryce is a nurse manager at one of the only 5 star home health agencies in North Mississippi. As a nurse for more than 10 years, she has worked surgery, home health, hospice, manager and supervisor. She lives in Jackson, Mississippi with her fiancee and their three children ages 19, 15 and 7. Her fiancee was actually her CPR instructor 12 years ago during nursing school! Bryce was previously married in 2009 and miscarried her first child in November 2010. Advised to not give up but to wait a few months to try again, she was shocked to learn she was expecting twins in January 2011. She went in for the initial sonogram and saw both sacs with 2 precious babies growing in her womb. One of the babies (Baby A) had a beautiful, strong heartbeat that could be seen flickering so perfectly on the screen. The other (Baby B) wasn’t so great and was more swirly and not nearly as strong. The doctor wanted to “watch” it for a few days and then do another sonogram. After some complications, she was devastated to learn she has lost one of the twins (Baby B). Baby A was a trooper and was born a beautiful, healthy 10.6 pounds! Ashton Cole has been her saving grace since the day he was born! When Ashton was 4, his parents divorced and Bryce kept her beautiful wedding gown but didn’t know why. She wanted to do something meaningful so she began digging, researching and praying for an answer. Her answer was SGAG! She began talking to Sophia and shared her story and what she wanted to do in memory of her angel babies and in honor of her sweet Ashton Cole, who was so healthy. Sophia assured her that her vision would be just as she imagined. She met Sophia in Jackson to deliver the dress. She literally stopped in the middle of the road, opened the back of her SUV and grabbed a plastic tote! They shared a hug as Sophia grabbed the tote and Bryce left. A lasting bond was formed that day that can’t be explained! “I have fallen in love with the mission of SGAG. Having 2 angels, this has become such a passion for me. I look forward to sharing my story with, loving on, praying for and encouraging those who need to hear it most!” Bryce serves the North Mississippi area, collecting donations and making deliveries to hospitals and families as needed! 1 Thessalonians 5:17-19